Below are a few pictures from the gradings. 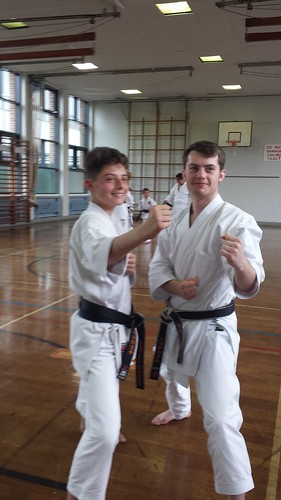 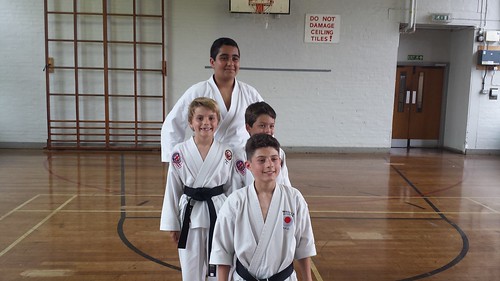 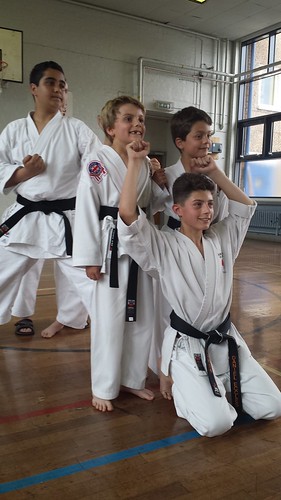 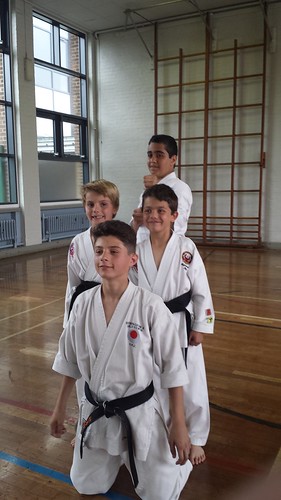 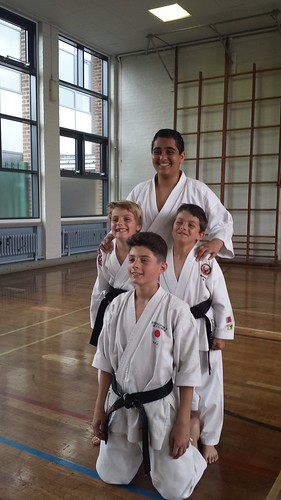 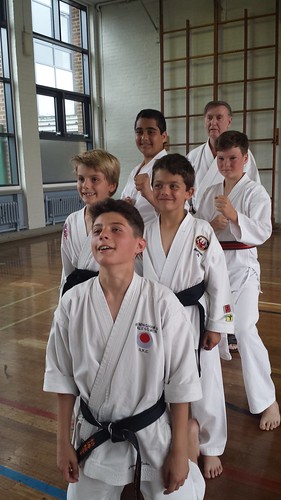 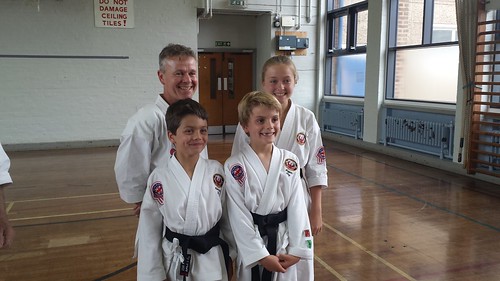 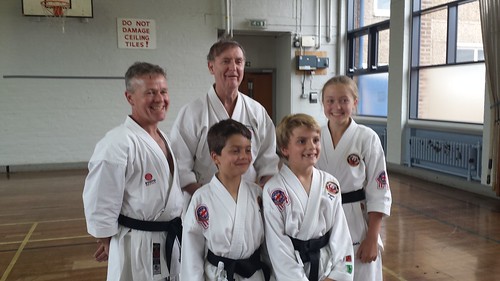 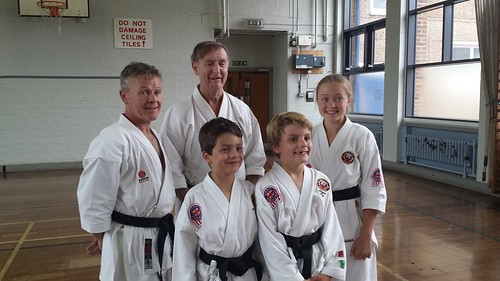 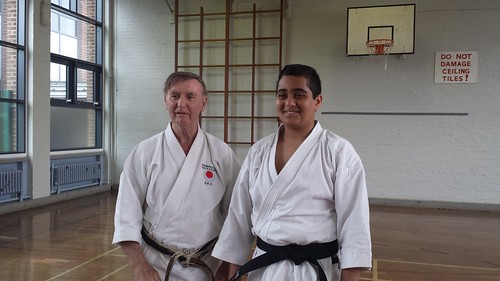 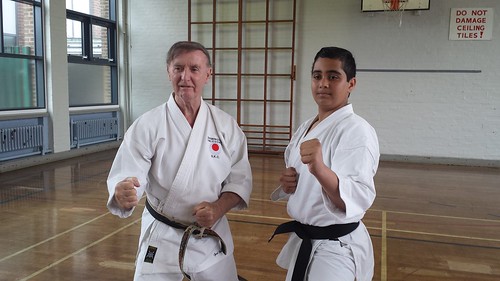 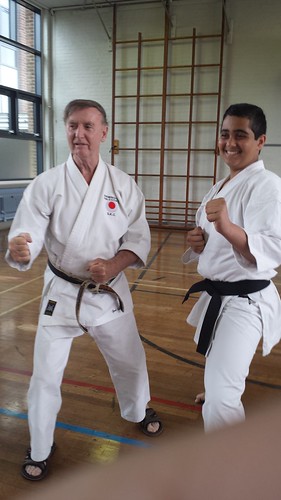 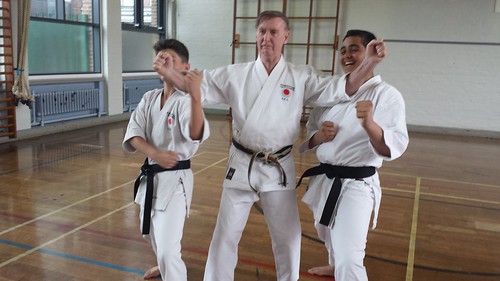 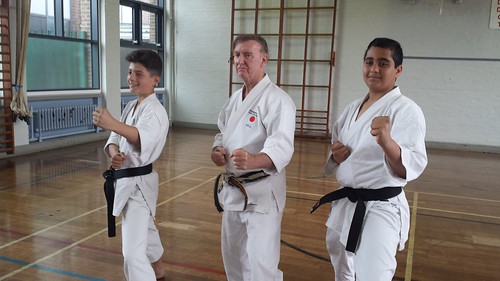 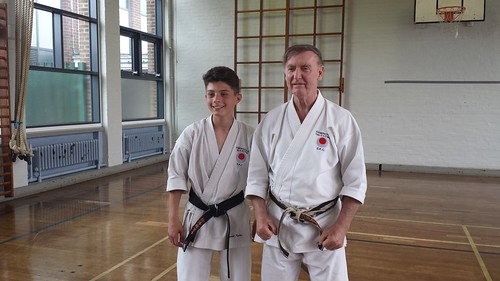 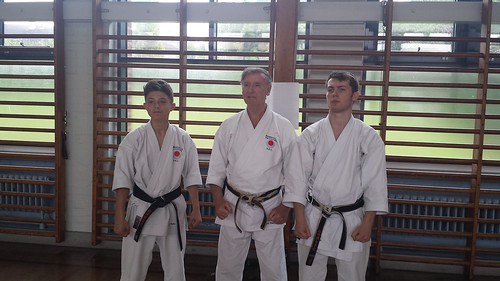 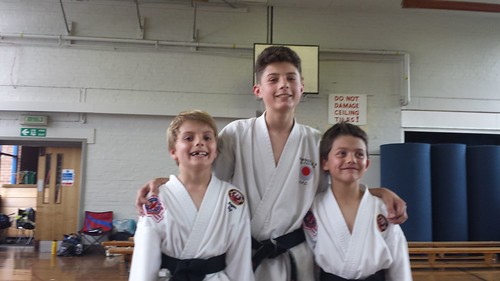 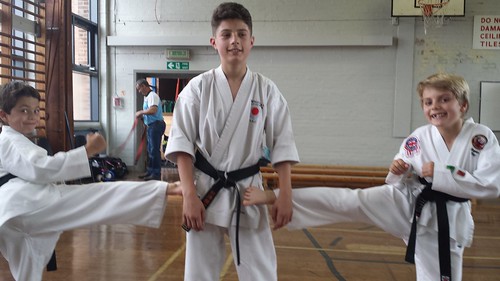 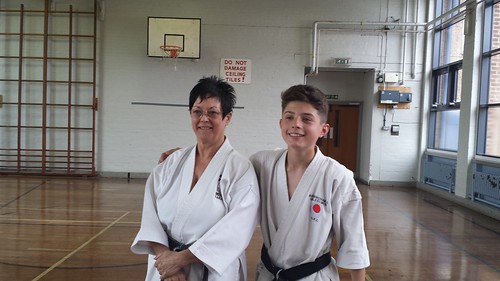 Well done to the team who competed at the Staffordshire International Karate Championship 2015. The team won an impressive haul of gold silver and bronze medals between them. 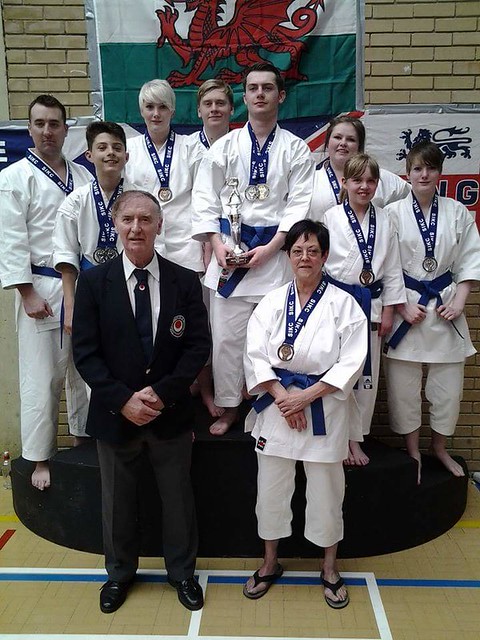 The Bartley Green dojo will be closed on Wednesday 13th May 2015 and Wednesday 20th May 2015 due to school exams resulting in the gym and sports hall being unavailable. All other classes are open as normal. Sorry for any inconvenience this may cause. 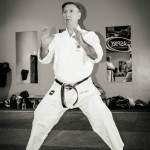 Every Saturday between 1pm and 2.30pm Shihan Cyril Cummins 8th dan runs a special class dedicated to the in depth teaching and study of kata at his Bartley Green Dojo. The class usually covers all aspects of the given kata including the kata itself, bunkai, history and the opportunity to ask questions and clarify your understanding on the kata and it’s application. This session is open to karateka of all ages, grades and associations and is an invaluable opportunity to study kata with one of the stalwarts of Shotokan karate in the UK. Since Shihan Cummins initially started this class it has covered all twenty seven of the kata within the shotokan system and regularly attracts black belts of all grades with recent sessions exploring kata such as Tekki Sandan (both versions), Tekki Nidan, Jion, Jiin, Sochin, Meikyo and Gankaku as well as Heian kata.

Shihan Cummins does not charge a premium for this session with it being the standard class training fee of £7 for adults. If you would like to train on this class then please come along to the BHSKC Bartley Green Dojo located at Bartley Green Community Leisure Centre, 103 Adams Hill, Bartley Green, Birmingham, B32 3QJ. For further information please contact Sue Hession, BHSKC Secretary on  07976905472.

Congratulations on passing your Shodan!

Congratulations to Mannen Tipping on passing her Shodan black belt grading on Saturday after having to retake her kata. She showed the true spirit of karate by not giving in after her initial grading disappointment but training harder and returning to retake her grading and gaining a well deserved pass. 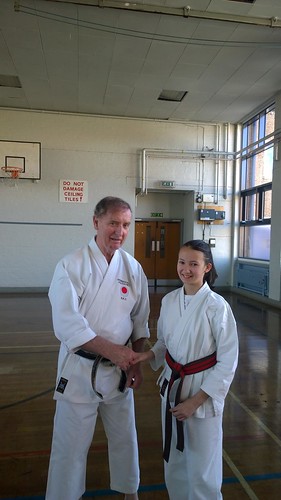 Well done on your gradings!

The March gradings took place at the Bartley Green dojo on Saturday 21st March 2015. Well done to everyone who took their grading, Shihan Cummins was very pleased with the high standard on display. 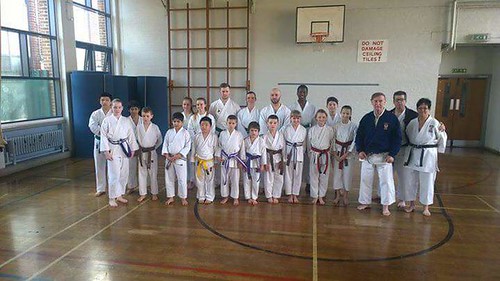 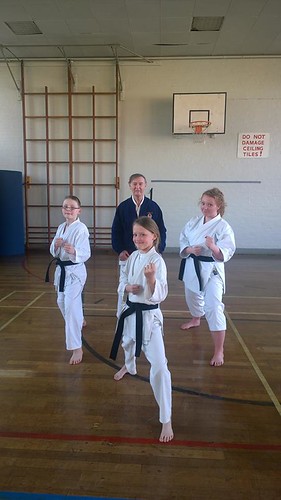 We’d like to Welcome to new clubs affiliated to BHSKC

Hello, we would like to welcome Quinton Shotokan Karate Club and Haden Shotokan Karate Club to the Birmingham and Halesowen Shotokan Karate Club fold. These two new affiliated clubs have opened this month and have been setup by Sensei Matt Russell 3rd Dan and Sensei Steve O’Reilly 2nd Dan respectively who many of you will know from training with Shihan Cummins. These promise to be two great clubs at new locations in the city so if you are already a BHSKC student why not drop in and train I’m sure they will appreciate your support. If you would like to start karate and are looking for a club in the Quinton or Halesowen areas then I’m sure they will be glad to hear from you. Full details of training times and locations for these and all other BHSKC dojos and affiliated clubs can be found by viewing our Training times and locations.

The March gradings are taking place this Saturday 21st March 2015 at the Bartley Green dojo (please note this is the Saturday NOT the Sunday). Whilst the normal kata class will not be running that day pre-grading training is open to all and starts at 11:00 am  with the kyu and then dan gradings to follow. Even if you are not grading you can still attend the training class to get valuable tuition from Shihan Cummins. Please ensure that you have your license and record book with you on the day if grading. 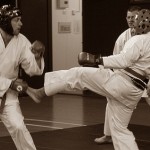 One topic which splits many karate-ka and has always been a bone of contention is competitions within karate, indeed master Gichin Funakoshi the founder of modern karate often said “There are no contests in karate”, the Shotokai style does not have competitions for this very reason. With this in mind have we all lost our way, should we throw away our medals and trophies and return to the true art? I would personally say no.

I think this is where it is important to distinguish between karate the sport and karate the martial art. Master Funakoshi was indeed correct that in karate the martial art there can be no contests. Why? The aim of karate as a martial art could be summarised as learning means to effectively and quickly incapacitate or eliminate your attacker. To do this a number of techniques are employed that may break bones, maim or kill the attacker. Clearly this is incompatible with a sport as if these techniques were applied as intended there would be very few competitors after the first competition. These are the techniques taught in the kata and used in bunkai. Karate the sport however has a completely different emphasis, it is about scoring points. In sport karate a limited number of techniques are allowed with those deemed to dangerous explicitly forbidden indeed use of excessive force will get you disqualified in most karate competitions. In kata competitions the emphasis isn’t on the application of the techniques but on the form in fact the bunkai is entirely dismissed. As anyone who has watched a kata competition can tell you this has led to sometimes exaggerated and ineffective techniques and breathing for increased showmanship and can lead to the opinion that kata is just a dance. Let’s not even mention the horrible trend that gained traction in the late 80’s and early 90’s to do kata to music as some form of glorified aerobics. Even with sport karate there is disagreement as to how bouts should be scored with more traditional shotokan students often favouring shobu-ippon as it sticks to the killing blow philosophy whilst others prefer three or five point bouts as they allow for greater risk taking by competitors as so more varied bouts.

So having just split karate into a traditional martial art and a sport why should we as traditional shotokan karate-ka take part in competitions after all I have just effectively said that when we compete in a competition we are not doing karate as a martial art. Competition does teach you valuable skills, the ability to use your techniques under pressure, the opportunity to spar with different opponents and the ability to block out all distractions and perform your kata. Last but not least it can also be fun and a good team building experience. As long as we remember that there is far more to karate than competitions and the differences between the sport and the martial art we can enjoy both for what they are.

Kata, It’s not just a dance

I often hear people who do karate or have done karate in the past say they don’t like kata. Sometimes if they have done it in the past and quit they will say something along the lines of karate is too formal or rigid and when you dig a bit deeper inevitably kata is cited as an example. For those doing karate the statements  tend to take the form of not liking kata as they prefer fighting. In all of these cases I tend to think that the person has missed the point of kata either due to their instructor not teaching them anything other than a set of movements to learn by rote or by them misunderstanding what they have been shown or disassociating the application with the kata seeing bunkai and kata as two completely separate entities.

Shihan Cummins often says that kihon is the heart of karate and kata is the soul of karate and I think this is a very apt description. The Shotokan kata contain the core of the system encompassing strikes, kicks, defence against and the use of weapons and grappling techniques such as locks and throws. These are usually taught when students study the kata bunkai or oyo. Indeed I would argue that there is far more “fighting” within kata than competition karate as it contains techniques that whilst usable for self defence would be considered too dangerous for use in competition such as breaks and techniques to maim the attacker. So why does the myth that kata is just a dance persist? Part of it may be related to the age at which a lot of people start karate and the grade they attain. There are often many ways in which a particular movement in a kata can be interpreted and often when teaching beginners and lower grades a simpler application is used more consistent with their level of experience so a wrist lock may become a two handed block for example. Then of course a lot of people start karate as young children, obviously a responsible instructor is going to be very careful what they teach young children and so they will mostly learn the kata as a set of moves with some very simply bunkai if any.

Over the years I have been training I have also met many people who have done karate and then gone onto a grappling art who have then commented that they can now see far more locks and throws in kata than they could before. This may be due to the subtle nature in which some of these are exposed in kata and so those who know what to look for can identify them more easily. Some of this may also be related to the typical background of karate students outside of Japan where at a young age children are taught Judo as part of their standard physical education lessons. Very few people who start karate in the UK already have this background and so are not familiar with throws. All of these factors no doubt help contribute to the kata is a dance myth and so when students are taught no bunkai or bunkai which seems completely impractical it is no wonder that some assume that kata has no purpose other than passing gradings and competition.

Those who attend Shihan Cummins Saturday kata class will be familiar with the use of wrist and arm locks in Bunkai and he always emphasises the importance of kata and understanding the meaning of the movements. Black belts especially should aim to fully understand the bunkai for the kata they know and how an application can work for them. Indeed for later black belt exams you will be required to explain and demonstrate bunkai for a kata.

I have been lucky over the years having regularly trained with both Shihan Cyril Cummins and Sensei Aidan Trimble both of whom emphasise the importance of kata and understanding the bunkai/oyo which has helped me to see beyond the basic movements and appreciate the rich tapestry that is kata. I would urge anyone who doubts the importance of kata beyond gradings and competition to reconsider and take another look.