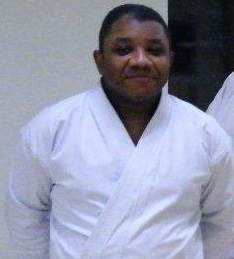 Richard started karate in his early teens with Sensei Cummins taking his 1st dan grading in 1990 under the legendary Master Keinosuke Enoeda within the KUGB/JKA. During this time he was lucky enough to train with a number of renowned karate-ka including Senseis Masao Kawasoe, Yoshinobu Ohta, Steve Cattle, Frank Brennan, Andy Sherry and Terry O’Neil.

Upon completion of his degree, Richard took a job in Nottingham as a software engineer and moved there initially training with Sensei John Dornan 3rd dan at Trent Shotokan Karate Club. After a break in training Richard restarted training with Sensei Aidan Trimble 7th dan at The Dojo club with the FSK.

He took and passed his 2nd dan grading under Sensei Trimble in 2008 before a change of job brought him back to Birmingham where he returned to BHSKC. He has been training with Shihan Cummins since his return and passed his 3rd dan grading under Shihan Cummins in 2012 within NAKMAS. Richard continues to train with Shihan Cummins passing his 4th dan in 2017. Since returning to the club Richard has been given responsibility for the clubs internet presence managing the web site and social media sites drawing on his experience  working with own personal web sites and developing intranet sites as an additional role during his work in software development. 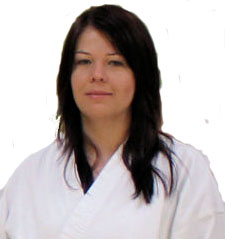 Yvonne has been training with Shihan Cummins for a few years and achieved the rank of 1st Dan in 2016 under Shihan Cummins. Her desire to help out with the club has seen her become an Assistant Social Media Administrator and contributor to the web site. She has also introduced a club newsletter and has become the de-facto club photographer due to her keen interest in photography and creative streak, taking photos at many club competitions and events.